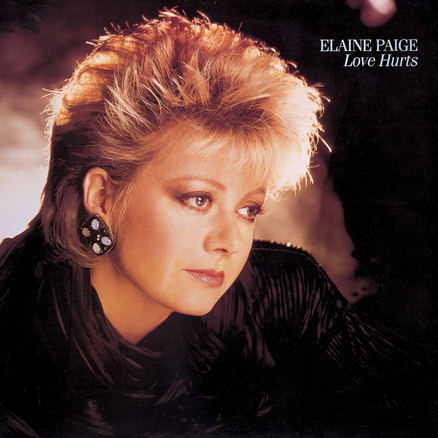 This is not an album with a theme as obvious as my last two albums ‘Stages’ and ‘Cinema’ had, but as a collection of some of my favourite love songs, old and new, well-known and not so well-known, the eleven pieces herein go together well. Despite the title ‘Love Hurts’ Tony Visconti and I guarantee that it’s not an album of doom and gloom. Having auditioned about 400 songs for the record, however, we are well aware of the fact that most songwriters are at their best when hurting a little.

I first heard the album’s title song on a Roy Orbison single in the Sixties, since then it has been recorded by dozens of artists, including the UK hits by Jim Capaldi and Nazareth. “Sorry Seems To Be The Hardest Word” is a classic Elton John-Bernie Taupin ballad from 1976, in the top 40 at the same time that Harry Nilsson’s “Without You” was enjoying its second run on the charts. Its first appearance was in 1972 when of course it went all the way to number one.

Another number one song on this album is, I’m proud to say, my own “I Know Him So Well,” with Barbara Dickson. We recorded this number in Stockholm as part of the ‘Chess’ album, and it was one of the biggest-selling singles of 1985 in Britain (selling well over 900,000 copies).

“MacArthur Park” you all remember from 1978 (Donna Summer) if not from 1968 (my favourite version by Richard Harris). “For You” is a song I love from the first Judy Tzuke album. Glenn Tilbrook and Chris Difford, the writing combo from the back-together-again “Squeeze,” wrote “The Apple Tree” for a television musical.

Andy Hill and Frank Musker have both had a lot of hits on their own and with other writers but “My Man and Me” is the first song I came across which is a result of their combined talents. “Shaking You” and “This Is Where I Came In” are two American goodies whose writers with the exception of David Foster were new names to me.

Finally “All Things Considered” was a new tune from the great Vangelis, to which Tim Rice added lyrics with a little help from me.

Note: ‘Love Hurts’ was a top 10 hit on the Britain album chart and attained a Platinum certification by the BPI (The British Recorded Music Industry) for sales in the UK – this award marks sales of 300,000 units of an individual album title to UK retailers.