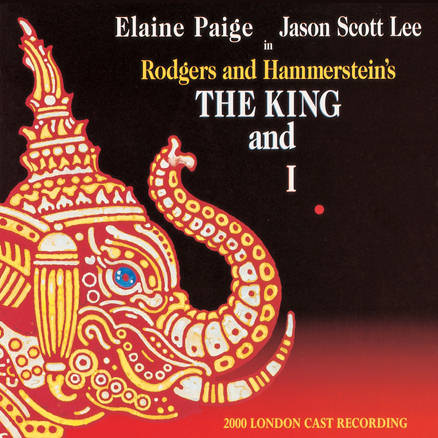 TIME TO PLAY a classic American musical for a change. The idea for Rodgers and Hammerstein’s period musical set in the 1860s – based on the novel by Margaret Landon – had been suggested to them by Gertrude Lawrence who’d wanted to play the leading role of Anna Leonowens. I could see why.

‘Mrs Anna’ in ‘The King and I’ is an intriguing character: educated, independent, unconventional and opinionated. I loved ‘The King and I’ as a show: the confrontation of vastly different cultures, the experiences of this very British woman travelling halfway round the world with a young son and being exposed to the exotic world of the Siamese King with his many wives and children.

Richard Rodgers’ tunes are lyrical, so I would need to use much more of my ‘head’ voice. A change from the middle vocal range I’ve been associated with in the modern musical. An entirely different approach is required: lots of breath for all those long phrases.

I agreed to play ‘Mrs Anna’ opposite the Tony award-winning Lou Diamond Phillips who had played the King on Broadway but rather suddenly he had to withdraw and the part was recast and given to the film actor Jason Scott Lee.

The public expectation was high and £8 million had been taken at the box office before the opening night, and ‘we waltzed back into the West End in triumph’ (Daily Mirror).