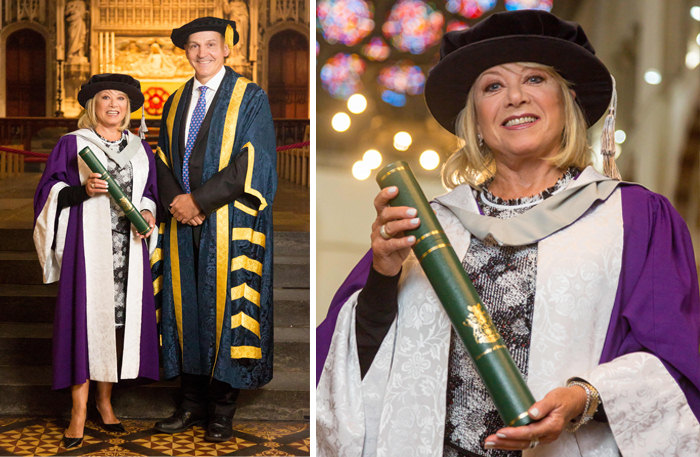 On Tuesday 5th September Elaine attended this year’s University of Hertfordshire’s Graduate Ceremony where she was presented with an Honorary Degree: Doctor of Arts by Quintin McKellar CBE, the Vice Chancellor.

The ceremony took place at the Cathedral and Abbey Church of St Albans and Elaine addressed the audience of over 200 graduates along with their families and friends. Elaine said “I can’t tell you how much I appreciate this Honorary degree and am humbled by it.”  The ceremony which lasted two hours was followed by a lunch with the Vice Chancellor along with members of staff from the university.